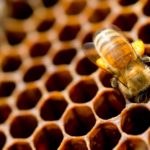 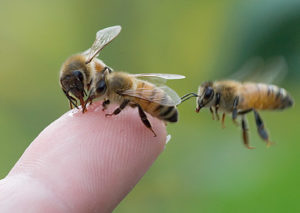 Honey bees are the species of bees that belong to the genus Apis, which are the only kinds of bees that produces true honey — the kind we like to eat. Honey is made mostly of nectar and bee enzymes. As honey bees visit each plant, they are sucking nectar through their tongues and storing it in their honey stomach (that’s right, they have two separate stomachs — one for eating, one for storing nectar). They carry the nectar back to the hive in their honey stomach, where it is passed back and forth from mouth to mouth, mixing with special enzymes, until it becomes a honey-like substance. While still a bit runny, the bees will flap their wings in order to evaporate the excess water in the mixture until it thickens into honey. Then, they will store it in a cell and seal it with beeswax so that it can be stored for later.

Bees use honey as a food source to survive the winter — it’s not all about the nectar though! As bees pass from blossom to blossom, they are also collecting pollen — another food source for bees! The bees wet the pollen and put it in what’s known as their corbicula, or more popularly, pollen-basket.  Some of the excess pollen clings to the hair on a bees body, known as pile, which falls of as the bee visits each plant. This is how the honey bees pollinate as they forage. 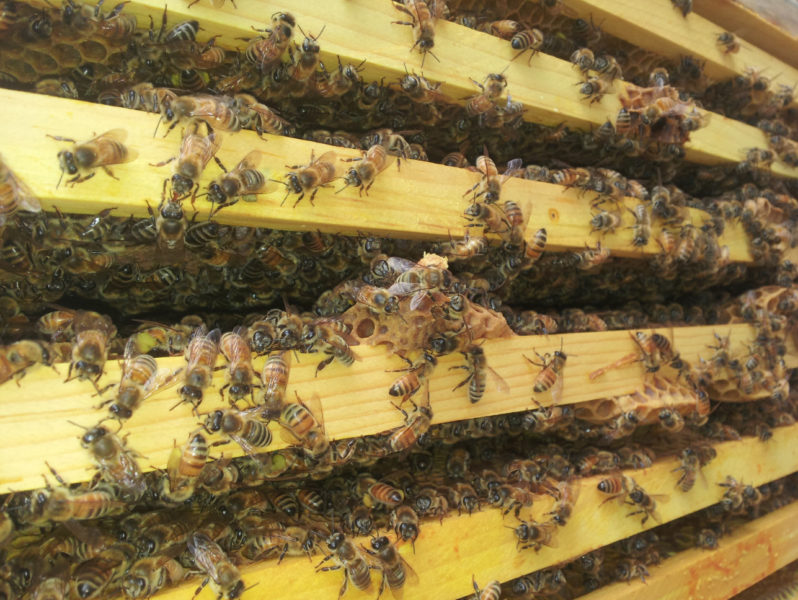 Did you know that the killer bee is a type of honey bee?

That’s right! The killer bee or, more formally, the Africanized honey bee, comes from Brazil where biologist Warwick E. Kerr was attempting to interbreed a strain of bees that would produce more honey. Kerr housed these bees in apiaries with screens meant to prevent the bees from escaping, but in 1957 there came an accidental release of 26 swarms. The Africanized honey bee is now spread across South, Central, and even parts of North America. The “killer bee” got it’s nickname from being more aggressive than other bees, however the venom of it’s stings are no more potent than the European honey bee, and in truth, not all hives display this type of defensive behavior. While the  Africanized bee and the European bee look very similar, Africanized bees tend to be smaller and darker in hue.